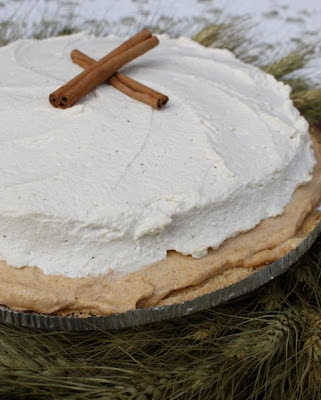 Okay, it's Thanksgiving time.  Do you ever stress about time management and limited oven space?  I always do.  How do people do it?  Turkey, sides, appetizers, rolls, and dessert!

I vote for less stress, more down time with family this year!  I vote for a No-Bake dessert!

I'm keeping it simple.  Simple and delicious.  And if someone complains that they want a traditional pie, tell them to make it on their own time and keep that extra slice for yourself! 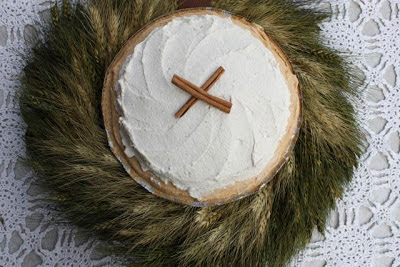 In a large bowl, cream together cream cheese, sugars, and spices until well blended.  Stir in pumpkin and vanilla until incorporated into creamy mixture.

In the bowl of a stand mixer (preferably a chilled metal one) using the whip attachment, beat 1 cup of heavy cream from low to high until stiff peaks form.  Fold whipped cream into pumpkin cream mixture until no white streaks are visible.  Pour filling into your pre-made graham cracker crust.  Place in fridge while you make spiced cream.

To make spiced cream, use the same unwashed metal stand mixer bowl.  Add heavy cream, maple sugar (sub granulated if you have none) and spices.  Place bowl in fridge for 30 minutes.  Remove and start whipping on low, and as you increase speed add the maple extract.  Start with as little extract as possible and add up to 1/8 tsp. depending on your taste.  Whip until stiff peaks form and spread on the top of pie.

Refrigerate for at least 3 hours.  Garnish with cinnamon sticks, maple sugar, or cinnamon if desired. 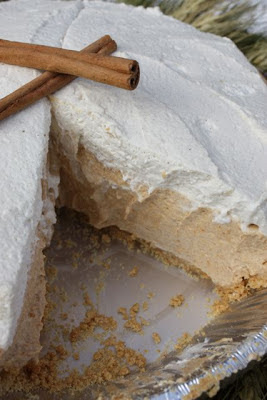 Now go enjoy some time with family and friends!  And try not to stress too much!

CookieCrazedMama
Yellow Springs, Ohio, United States
It started off as a mission to find some great cookie recipes for Christmas...making me "Cookie Crazy". Now with a few extra cookbooks, and maybe a few extra pounds, I continue to enjoy sharing a variety of delicious treats with you!